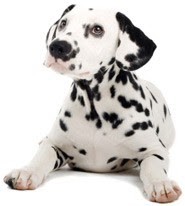 In many parts of Texas, rapid economic growth is tied to the oil industry. The recent oil boom has fueled the explosive growth of many cities in Texas, but now that oil prices have fallen there’s a growing anxiety in these places. It’s very different in Arlington, where the economic spark comes from the recreational and sports businesses such as Six Flags, the Texas Rangers, and the Dallas Cowboys.

Among the Fastest Growing

Yet the economy of Arlington grows year after year. It may not be as fast as places such as Austin and Odessa, but that’s because the Arlington economy isn’t really connected to the oil industry. But compared to the rest of the country, economic development in Arlington is moving quite fast. According to the financial website WalletHub, among large cities with the fastest growing economies Arlington actually places 27th in the whole country. That’s still ahead of Philadelphia, Colorado Springs, Pittsburgh, Boston, Anaheim, Indianapolis, LA, New York, Atlanta, and Las Vegas.

The Effect of Recreation and Sports

There are of course, many reasons why Arlington continues to develop steadily and quickly year after year. But it’s not surprising that the recreational businesses such as Six Flags and the sports franchises like the Cowboys and the Rangers are helping businesses in the area tremendously. Arlington benefits from out-of-town visitors who flock to the city to visit Six Flags. Not all their money goes to the entertainment park, as people wander around the city and try out the various shops and restaurants there. And of course, they stay in the hotels in the city as well. Business also booms during baseball and especially football season. Whenever the Dallas Cowboys play at AT&T Stadium in Arlington, bars and restaurants frequently boost their business by as much as three times what the non-game days bring in. Businesses serve food and drinks in restaurants and bars, and the transport industry also gets its share from travelers to the stadium and to the bars. Waiters and serving staff get huge tips during game days, and it’s not uncommon to get as much as $200 every game night. And then those workers spend their money at businesses like Wal-Mart and other local small business shops--like Fireman Roofing), and so everyone benefits as the money trickles down.

The City of Arlington gets its share from sales taxes and alcohol taxes, and now it’s using the money to pay back $325 million in stadium bonds early. The city is actually a decade early, so Arlington will have it all paid off in 20 years instead of 30. So essentially, here in Arlington the economy is tied to the people’s drive to have fun. And that liking for entertainment rides and passion for sports will likely never diminish—not in Texas, and not in Arlington.